Nice To Meet You, Machu Picchu

After our whirlwind visit to Lima, we opted for a flight to Cusco to save ourselves a few days of traveling up and over the Andes by bus. Cusco welcomed us with the same thin air that we'd experienced in parts of the high Andes in Ecuador. Breathing heavily, we made our way to the Plaza de Armas where we would find our hostel. The little bit of air we had left was taken away by the view from our window. We could see rugged mountains, the cathedrals of the Plaza, and the network of narrow, cobblestone Cusco streets. We awoke to booms filling the air and ventured out to explore. We stumbled upon a procession at the Basilica celebrating the Immaculate Conception. People were lighting hundreds of firecrackers and shooting off thunderous fireworks while carrying a stunning statue of the Virgin. It was a visual overload to say the least.

We left Cusco headed for the tiny mountain village of Ollantaytambo, where we would catch a very early morning train to Machu Picchu. We were blown away by the people and sights of Ollantaytambo. The family that ran our hostel were some of the friendliest people we've met in South America. We sat and chatted for a good bit of time about the history of the the village and the Inca People while learning some new Quechua (language of the Inca) words. The whole time my mind was being blown in that we were in the presence of direct descendants of the Inca. Ollantaytambo was surrounded by ruins that dated back to as early as the 13th century. Walking around in the narrow (to narrow for cars) cobblestone streets we felt as if we were transported to a different era. We were brought back to reality when we sat for dinner. Upon recommendation of our host family, we ate the most delicious burritos (sorry San Francisco) ever at a restaurant around the corner. Two crepe tortillas, beans, steak, cheese, tomatoes, veggies, guacamole, and crispy potatoes. We couldn't get enough.


We awoke very early with burrito hangovers and caught a train to another village, Aguas Calientes, where we would hike to Machu Picchu. Besides the fact that we were headed to Machu Picchu, this was an extra special train ride. December 10th was also the day my Grandma Midge was celebrating her 80th birthday. She has volunteered on the OC&T (Oil City and Titusville) Railroad for at least three decades, and still going strong. Some of my earliest childhood memories are on that train with Grandmother. While we couldn't celebrate with you, we were there in spirit aboard the train. The mesmerizing scenery outside the windows kept our attention for the two hour ride to Aguas Calientes. We stepped out of the railroad car and  took our first steps towards Machu Picchu. Two breathless hours later we arrived at the largest empire in pre-Columbian America. In truth, words cannot express the experience of walking amongst the ruins and climbing atop Wayna Picchu. This is a day we will remember for the rest of our lives. 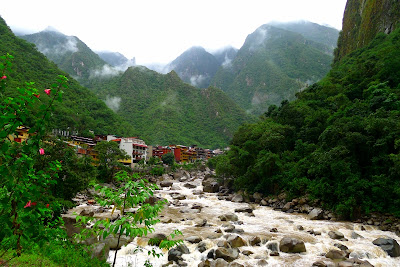 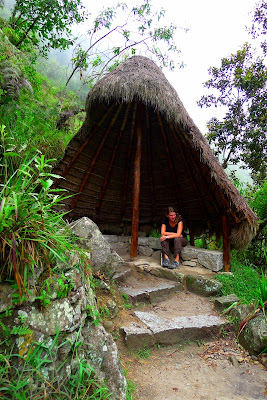 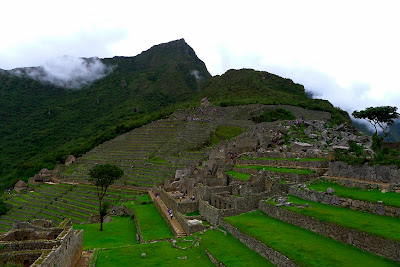 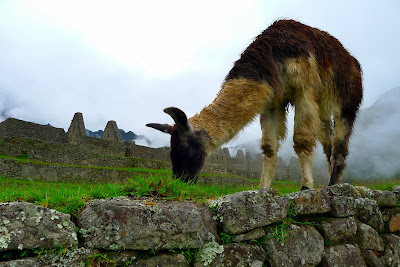 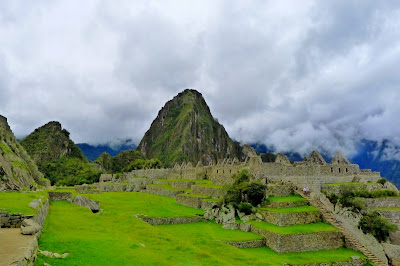 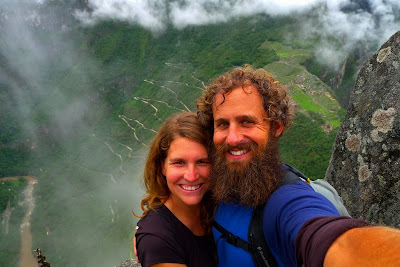 Hey y'all, leave us some love!